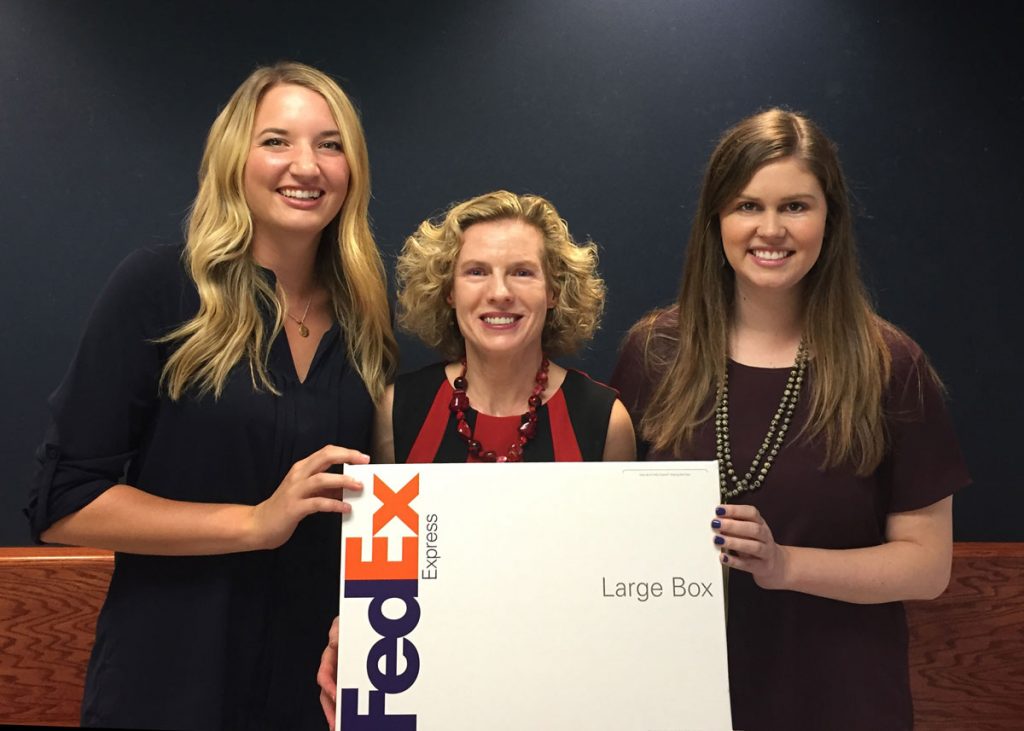 Just who is behind all those clever social media posts from FedEx? Two Meek School alums, of course. Alex Cox Shockey (pictured left ) and Rachel Hammons (pictured right), both communication specialists with FedEx, plan, create and oversee much of the social media for that company.

The two graduates returned to campus on Sept. 13 to speak to the same public relations techniques class they took with Robin Street, senior lecturer(pictured, center).
Shockey graduated with a degree in print journalism with an emphasis in PR in 2010. She joined FedEx in 2012 after working as a digital communications specialist for Pinnacle Airlines,  now called Endeavor Air,  for two years.

Hammons earned a degree in IMC in May 2014, then completed a master’s degree in IMC at Northwestern while also interning at FedEx.  Following her graduation from Northwestern, she began working fulltime at FedEx in January 2016. (photo credit: Hailey Heck)