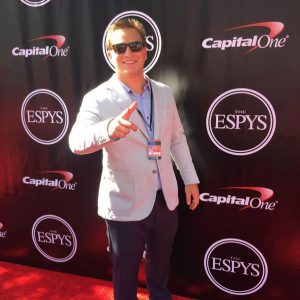 Browning Stubbs, former NewsWatch Station Manager, Daily Mississippian Writer, Rebel Radio Sports Host, and 2016 Meek School Graduate, recently accepted a position with ESPN at its headquarters in Bristol, CT. He is in the production department. During the summer, Browning interned with ESPN Los Angeles, where he helped produce SportsCenter. Browning had the opportunity to produce segments, edit sound bites and video content, write graphics and scripts and create the top plays of the night. Browning also received experience in the field, helping to produce the ESPYS, the Golden Spikes Award, the CrossFit Games, and a Rams vs. Cowboys NFL Preseason game. In Bristol, Browning will continue to produce content that will air on all of ESPN’s digital and television platforms.