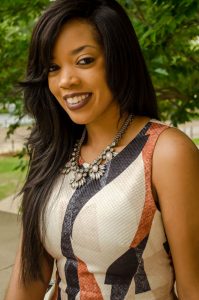 I was awarded a masters in journalism last May. The next month, I was hired as a beat reporter for Mississippi Today, the state’s only non-partisan and non-profit digital news organization.

What began as a Master’s thesis project has now earned national attention receiving more than 15,000 views since its summer debut online. It will now continue as a documentary series that details the black experience.

“The Fly in the Buttermilk,” a short documentary on the history, perception, and purpose of black Greek-lettered organizations at Ole Miss is now airing in the national Capitol, Washington, DC, on DCTV.

The film has screened in Detroit during the inaugural African World Film festival last month. I was among 15 filmmakers, and the only one from Mississippi. I joined filmmakers from South Africa, London, Cameroon and other nations.

The “fly in the buttermilk” will be screened in New York this October at the Reel Sisters of the Diaspora’s Annual Film Festival and Lecture Series. Films by women directors of color known around the world will be screened.

The lecture will feature the short film, and I will lead a panel of researchers in comparing the roles of BGLOs on college campuses during the Civil rights and black lives matter movements.