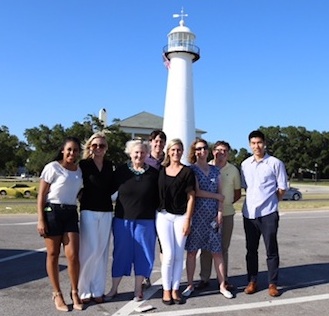 Students covering the 10th anniversary of Hurricane Katrina on the Mississippi Gulf Coast won the top national award for best use of multimedia in the Society of Professional Journalists annual Mark of Excellence contest, which honored the best work by college student journalists in 2015.

Here is a link to some of the work they produced: http://thedmonline.com/mskatrina10/

In addition, UM students were named national finalists in three other SPJ categories.

The Daily Mississippian, for the second year in a row, was honored as a finalist for best all-around daily student newspaper, which means it ranked as one of the top three campus publications in the country. Judges consider all editorial aspects, including editing, writing, photography, design, opinion, columns, illustrations and cartoons in all sections. The DM staff was led by Editor in Chief Logan Kirkland and Managing Editor Clara Turnage, with a staff of about a dozen editors and numerous reporters, photographers, columnists. Patricia Thompson, director of student media, is DM faculty adviser. Professors Darren Sanefski, Mikki Harris, Cynthia Joyce and other faculty regularly work with students on design, photography, writing, online and other areas of their work.

Deja Samuel, a photographer for The Daily Missisippian, was named a national finalist for her photograph taken during the “take down the state flag” rally and protest on campus in October.

Land of Broken Promises, the depth report published in early 2015 examining 50 years of voting rights legislation in the Delta, was a finalist in the best college magazine category. More than two dozen students contributed to the depth report. The project was led by instructor Bill Rose, with Mikki Harris as photo and multimedia editor and Darren Sanefski as presentation editor.