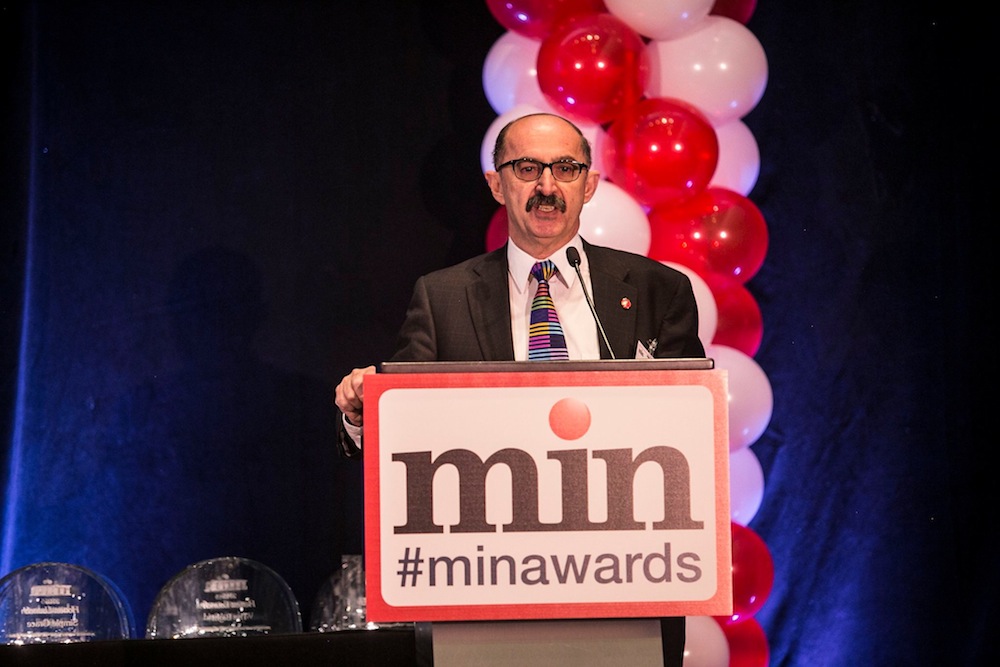 min hosted its annual Most Intriguing Awards Celebration on Thursday, December 3 at New York’s Grand Hyatt to honor this year’s Most Intriguing People in Media, Rising Stars and the Hottest Magazine Launches of the Year. The 30 magazine launches were selected by Dr. Samir “Mr. Magazine™” Husni, Director of the Magazine Innovation Center at The University of Mississippi, and honored new magazines, from Catster to Mornings with Jesus.

The premier categories honored Editor and Publisher of the Year. Catherine Cassidy from Taste of Home was chosen as Editor of the Year and was introduced by fellow colleague and Most Intriguing recipient, Bonnie Kintzer from Trusted Media Brands. Accepting the award for Publisher of the Year was Steven Grune from Allrecipes. Also at the awards celebration, Dr. Husni revealed “THE” single hottest launch as Simple Grace.