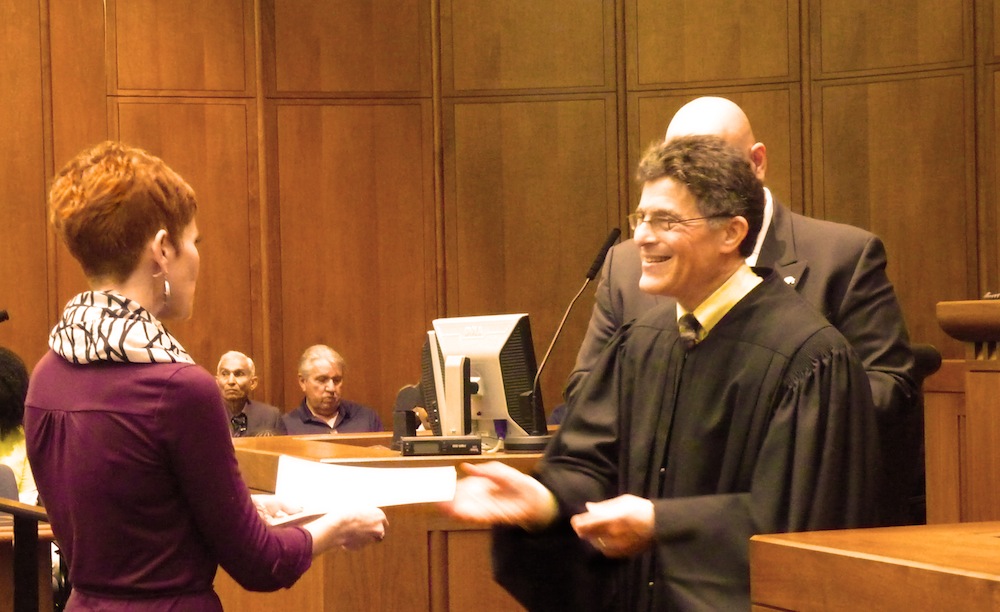 Renate Ferreira accepts her Certificate of Naturalization from the Honorable Arthur B. Federman, United States judge, after taking the Oath of Allegiance.

South African native Renate Ferreira, who earned her bachelor’s and master’s degrees in journalism from the University of Mississippi, was awarded United States citizenship in May after living 17 years in the states, ending a journey that began when her father accepted a job on campus.

Ferreira’s family left South African in 1998 after her father, Daneel Ferreira, accepted a job at the Thad Cochran National Center for Natural Products Research. Ferreira did not apply for citizenship until May 2015, was approved on August 17, and had her Oath ceremony on Sept. 24 in Kansas City, Missouri.

“Words can’t really do justice to the emotions I felt on becoming a citizen,” Ferreira said. “The place I had called home for the last 17 years claimed me as a US citizen. That is a really great feeling.”

The ceremony was the last step in a long process. Because of complex immigration laws, the path to citizenship is often difficult, but different for every applicant. In Ferreira’s case, in simple terms, she was not eligible for citizenship until 2011 because of her status as a student, but she decided to wait until 2015 to apply officially in order to avoid extensive paperwork. 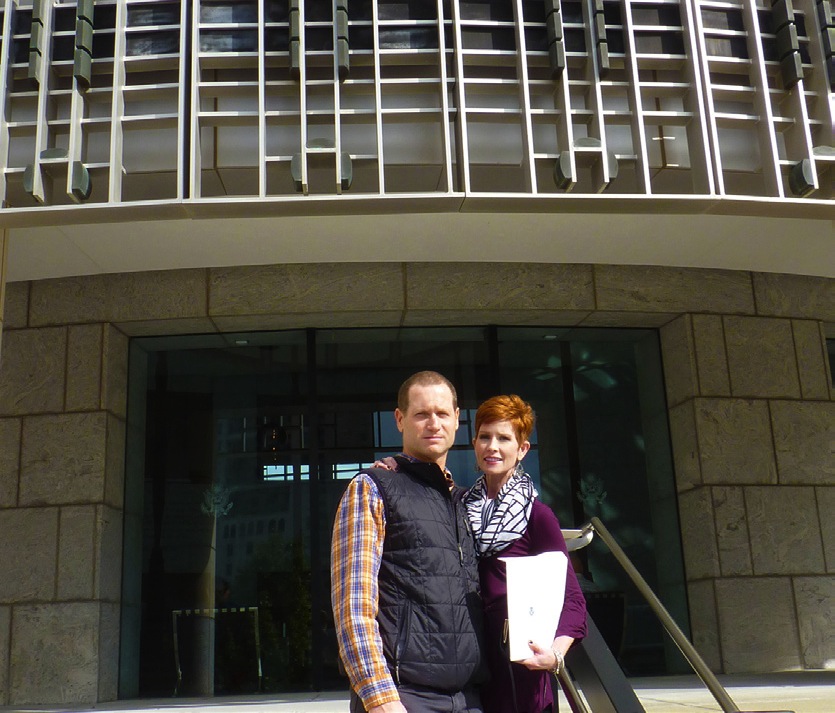 Ferreira stands with her husband, Desmond Slade, outside of the Charles Evans Whittaker Courthouse in Kansas City, Missouri, after the ceremony.

“It was a long journey, but one I would gladly follow all over again,” she said. “I knew I wanted to become a citizen from the first time I had set foot in Oxford.”

Ferreira completed her Bachelor of Arts in 2004, and went on to earn a Master of Arts with a journalism emphasis in 2005. She also worked at The Daily Mississippian as an advertisement designer during her undergraduate years and the creative manager as a graduate student. Although she already had a bachelor’s degree in South Africa and worked in the medical field, her family’s move gave her an opportunity for a career change.

“I have always been artistically inclined and felt that I wanted a career where I could apply that creative part of me to the fullest,” she said. “Ole Miss brought many, many new opportunities and I am grateful for the education it gave me.”

“She was very refreshing to have in class,” Lumpp said. “She had a lot of things to say. She was one of the best graduate students we ever had.”

Today, Ferreira lives in Kansas City with her husband, Desmond Slade. They met at Ole Miss. Although she has moved away from Mississippi, Oxford still holds an important place in her life.

“Simply put, Ole Miss played a tremendous role in my journey to citizenship as well as my personal development and growth,” she said. “Oxford and Ole Miss hold my dearest memories.”