From Oxford to LUV 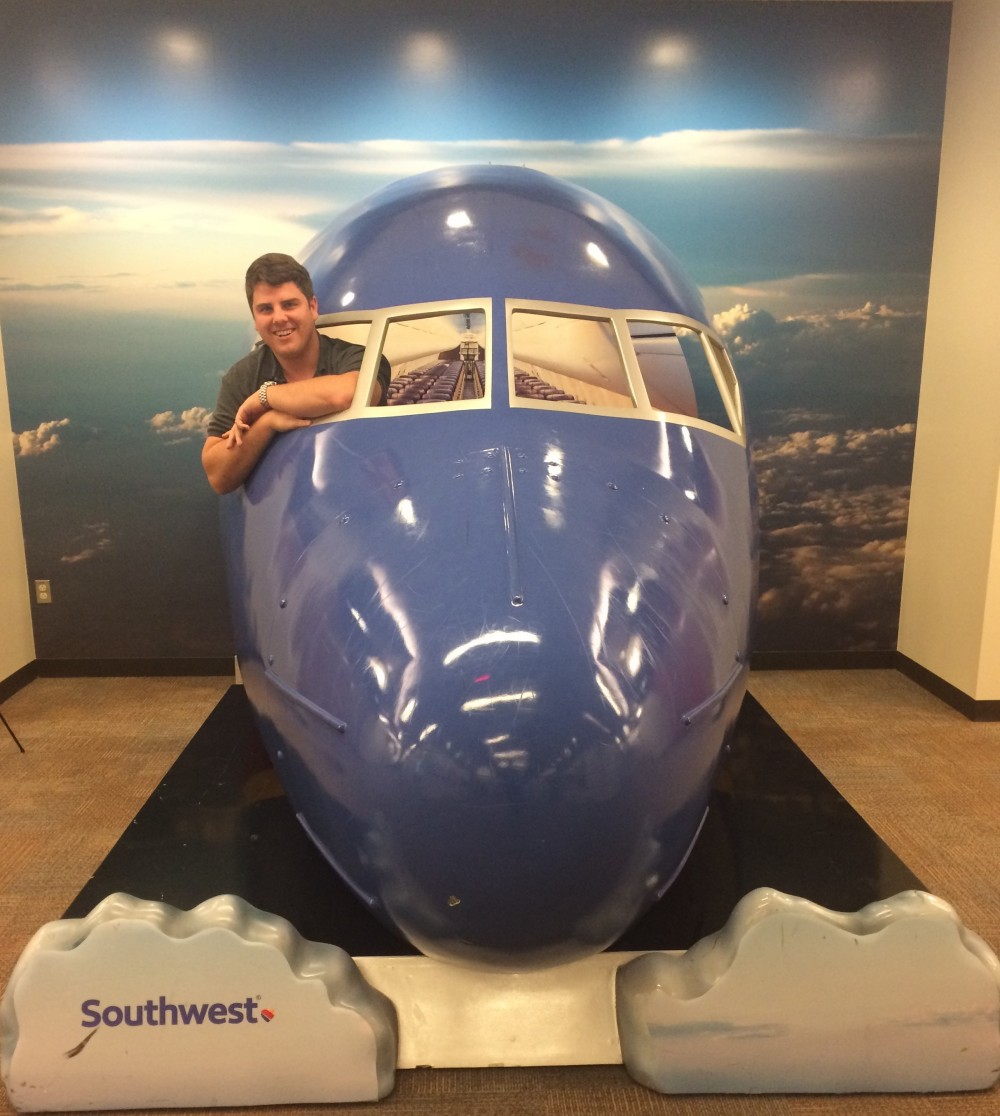 It’s not everyday that someone can help a traveling tourist, a curious child or a busy businessman. It may seem like a job for a Marvel superhero. However, the only power needed to help those people is the knowledge of writing and a sincere helping of “LUV.” Every day, Stuart Johnson (BAJ ’10) helps anyone who writes Southwest Airlines with a question, an aspiration or a need for assistance.

Johnson is a writing representative within Customer Relations at Southwest Airlines in Dallas. Every day, he and his fellow workers respond to letters and e–mails trying to help Southwest customers while remaining in compliance with the standards set by the Department of Transportation (DOT). The ability to connect with someone through writing and comprehensively address each topic is important, but so is putting his own personality and that famous Southwest “LUV” into each note to a customer.

Johnson credits his education at the Meek School of Journalism and New Media at Ole Miss with helping him land his dream job at SWA immediately after graduation.

He comes from a family-farming lifestyle in Yazoo City, Mississippi, where his journalism interest started with his mother. She was actually his high school journalism teacher. As a freshman at Ole Miss, he joined the broadcast team as a reporter for NewsWatch. Within three weeks of his hire, Johnson put out his first TV package after learning the basic skills of video editing with no formal background.

He later added an emphasis in public relations under the guidance of Robin Street, an instructor who worked closely with him while he continued to work at the Student Media Center. This commitment led Johnson to learn first-hand about quality public relations. As a result, he consider Street a mentor. That connection led Johnson to work as the Meek School’s intern for the semester.

Not a day goes by that Johnson is not using the same foundation that helped him earn his BAJ from the Meek School. As often as possible, he credits his success to his studies. Every day brings something different and Johnson’s degree and his Southwest training gives him the ability to be the voice of a major Fortune 500 company.