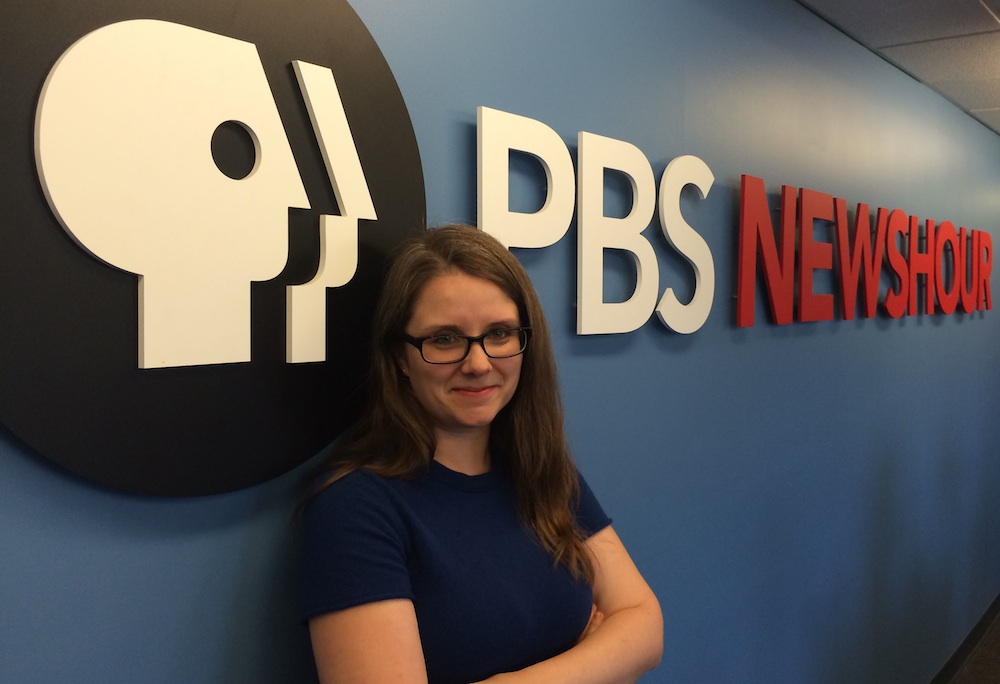 I’m Laura Houston Santhanam (’05), and I recently celebrated my first anniversary as the data producer for the PBS NewsHour. Every day, I use narrative and numbers to tell stories, but my path to this newsroom wasn’t direct. At one point, I even thought I was done with journalism for good. I should have known better.

I grew up down the road from Oxford in Tupelo, where Niki Peel (’92) helped me get my first newspaper job as a high school sophomore stringing Friday night football coverage for the Lee County Courier and then the Northeast Mississippi Daily Journal.

After editing The Daily Mississippian and graduating a year later, I briefly worked at the Chattanooga Times-Free Press (thanks so much for your letter, Mr. Wilkie) before I returned to The Arizona Republic in Phoenix where I had interned during undergrad. At that time, journalism’s shifting economic reality began to make newspapers everywhere ache. In June 2007, I decided to turn my back on the profession I had chosen as a 12-year-old and study public policy at American University in Washington, D.C.

That decision led me in 2009 to join Pew Research Center where I analyzed media trends and the news agenda. I was never too far away from the world of journalism, but I still craved deadlines, interviews and a humming newsroom. After briefly updating my online reporting skills at Media Matters for America, I itched to jump back into journalism and applied to the NewsHour.

Since then, I haven’t looked back and am thankful to report the news again. In my job, I explore data and interview policy experts and people whose lives helped shape the numbers. Those figures strengthen narrative in ways that anecdotes alone just can’t. That’s the fun thing about data reporting and why I love my job. Each statistic represents a person with a story, and some days, I’m lucky enough to tell it.