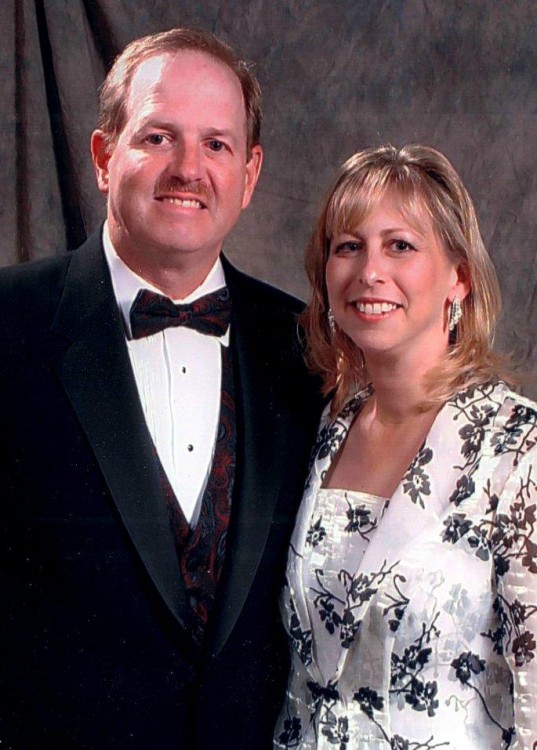 My career detour to Ole Miss came at the ripe age of 27 when a former news colleague called asking if I would consider interviewing to take his position in broadcast public relations at the university. I was ready for a respite after six years as a news reporter at three different ABC stations.

Bob Friedman would leave Ole Miss with an MBA and worked for the Nightly Business Report on PBS and then get into the BBQ biz in D.C. Without a doubt, Bob’s call coupled with Ed Meek’s encouragement, led to my subsequent career in public media.

I came to Oxford in 1983 as the primary producer of Ole Miss broadcast programming in the public relations department. Of course, I immediately fell in love with the campus, enjoyed working on my Master’s degree with the Journalism professors (including Dean Norton – the first time around) at Farley Hall and creating alongside a quirky staff at the Communication Resource Center at Bishop Hall.

I produced a monthly television show called Ole Miss Magazine for a time and co-hosted with April Wortham. I also produced the halftime public service announcements seen during national broadcasts and, most challenging, directed the Ole Miss coaches football show.

The fall of ’83 was the first year of Billy Brewer’s coaching career and perhaps my proudest accomplishment that year was making a 40-0 shellacking at Alabama into a show that was fun for an Ole Miss fan to watch. We filled it with features on how Rebel fans travel with the team across the country. It was an up and down season, but some of you may recall the ‘83 Mississippi State game in Jackson. The Bulldogs lined up with seconds left needing to boot a 27-yard field goal to beat the Rebels on a blustery, rainy evening. The pigskin seemed to be well on the way, even over the cross bar, when an estimated 40 mph wind gust pushed it back yards short of the goal posts. Ole Miss won 24-23. We had the perfect video shots of what we called “the immaculate deflection.” That “Billy Brewer Show” was likely one of our highest rated.

One of my goals at Ole Miss was to complete my Master’s Degree in Journalism and move back into the commercial news world. For several years, I worked weekends for WHBQ in Memphis to polish my resume, covering Mississippi stories: the deadly tornado that hit Water Valley; the impact of the Tenn-Tom Waterway; and the crazy guy who won the catfish eating contest in Belzoni. At Ole Miss, I was given time to work on long form documentaries and my focus shifted to a career in public broadcasting. I was lucky to work alongside some talented folks — Marie Antoon, Lee Dean, Stan Hollenbeck, Skip Brooks and many others who helped create an atmosphere that mixed hard work, creativity and quite a bit of fun.

With limited resources, we created some fine television seen throughout the nation and a popular radio show called Highway 61 Blues with Dr. Bill Ferris, who had quite a following in the Parchman State Penitentiary. Our documentary, Neshoba County Fair and a program on the Ole Miss Concert Singers’ trip to Great Britain aired on PBS stations nationwide. We produced programs related to the marvelous Center for the Study of Southern Culture and a retrospective about journalists who covered the South during the Civil Rights era called Dateline Freedom. My Thesis work included a documentary on the history of Ole Miss, including a profile of the University Greys.

Meanwhile, some of the football road trips by the Ole Miss video crew resulted in a few stories not fit for publication, but one memorable feature I produced was when Ole Miss went north to play Notre Dame in 1985. An alumni train charged through the Delta and we caught a ride headed for Chicago and captured the revelry. So what if it was another Ole Miss loss, the fun was in getting there.

And then there were those stories we told in shorter form through interviews with Eudora Welty, Barry Hannah, B.B. King and Willie Morris, who taught me and all us outlanders about the “Ole Miss Mystique.” One night I spent time with Willie at Oxford watering holes and he invited a group back to his rickety faculty house and read out loud a chapter of a book he would soon publish, “The Courting of Marcus Dupree.” Willie was a sentimental writer and tears came to his eyes as he finished reading this modern day Greek tragedy. I like to think we started a tradition of highly regarded documentary work during the 1980s, and it continued with the talents of Marie Antoon, who would later run Mississippi Public Broadcasting. It’s a unique legacy that distinguishes the university still today.

On a separate track, life was getting complicated. I was trying to pass Dr. Jere Hoar’s class in Press and Contemporary Thought. My writing for broadcast was ideal, but Dr. Hoar handed back papers that dripped in scarlet ink. So when he later congratulated me on my successful thesis with a twinkle in his eye and a smile, it was a bit of a shock. My favorite within Farley Hall had to be Dr. Jim Pratt – a lanky, low-key veteran broadcaster and just a fine man.

I’ve spent my time as a leader in public broadcasting trying to replicate that creative spirit and freedom of expression I experienced at Ole Miss. When you enjoy the work, when you are given the encouragement to experiment, putting in the time and effort is sheer pleasure. That’s what I learned from Ed Meek. His trust led me into my first management role as Director of the Communications & Resource Center. I was all of 30-years old and totally unprepared, but learned on the job and Ed mentored well when I showed up at his door.

In 1987, I was married at St. John’s Catholic Church on the edge of campus. Yes, I had fallen for an Ole Miss woman from south Florida, Carol Olender. Our first kind of “date” was sledding on the hills that used to be behind Education during one of those rare Oxford snow days. Our first kiss was on sacred ground at Rowan Oak.
In 1989, we moved to Tuscaloosa and the University of Alabama, where I directed the Center for Public TV & Radio and taught in the College of Communication. In 2002, my career led our now family of four to Columbus to manage one of the nation’s leading university public media organizations – WOSU Public Media at Ohio State. At WOSU, our team wins Emmys annually (mostly from outstanding documentaries!), and we focus on the right stuff with our strong local NPR radio news team and digital unit. We are capturing the cultural backbone of our community, the foibles and challenges of life in a growing and diverse urban city.

Carol and I are proud parents of two vibrant young women, both making their unique mark on the world. Carol made a switch from a career in video production when we moved to Ohio State, earning her Master’s in Social Work and today serves a higher purpose as a Hospice Social Worker. She gives any of the challenges I might have at work some valuable perspective.

I’m still a work in progress on many fronts, but those six years at Ole Miss changed my life and career. For me, it was the ideal place to grow as both a leader and a producer. It was a special time that I now cherish more than ever. Ole Miss by Damn!

Tom Rieland is general manager of WOSU Public Media, which includes two public television stations and a network of six public radio stations. The station has been lauded for its innovative collaboration with the COSI Science Center, which led to construction of digital studios within the COSI facilities in downtown Columbus. WOSU has been named the best radio news operation in Ohio for five consecutive years and recently won six Emmy Awards for programming. Rieland serves on multiple public media organizations nationally, including chair of the Joint Licensees Association and on the executive board of the National Educational Telecommunications Association. He serves on the board of the United Way of Central Ohio.