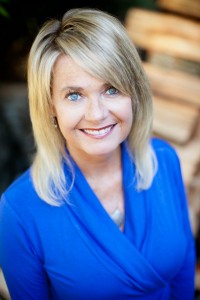 Marlo Kirkpatrick (’86) has degrees in journalism and English cum laude and has enjoyed a long career as a writer. She is the owner and writing partner in Kirkpatrick & Porch Creative, an award-winning advertising agency based in Madison, Mississippi, and also works steadily as a freelance writer. Magazine and book assignments have taken Marlo to locations throughout North, Central, and South America, Africa, and the Middle East. Marlo has won more than 200 local, regional, and national awards for creative excellence, including the National Outdoor Book Award, the International Self-Published Book Award, the Benjamin Franklin Publishing Award, and three Southeastern Outdoor Press Association Book of the Year Awards. She has been named the Jackson Advertising Federation’s Writer of the Year five times, including four of the last five years.

Marlo is married to Stephen Kirkpatrick, a wildlife photographer she met when he hired her to write a book for him (17 years later, Stephen refers to this project as “the job he is still paying for”). The Kirkpatricks were married in an orchid garden in Machu Picchu, Peru, in 1998.

Marlo’s books include 100 Years of Home: A History of Mississippi Children’s Home Services; Lost in the Amazon: The True Story of Five Men and their Desperate Battle for Survival; It Happened in Mississippi; and Mississippi Off the Beaten Path, a guide to unique attractions currently in its eighth edition. She has also collaborated with her husband on several coffee table books, including Sanctuary: Mississippi’s Coastal Plain; Romancing the Rain: A Photographic Journey into the Heart of the Amazon; Among the Animals; Images of Madison County; Wilder Mississippi; and To Catch the Wind. Her journalism degree has taken Marlo to places and led on her adventures she never could have imagined in her early days at Ole Miss; she is grateful for every opportunity her journalism degree has given her.