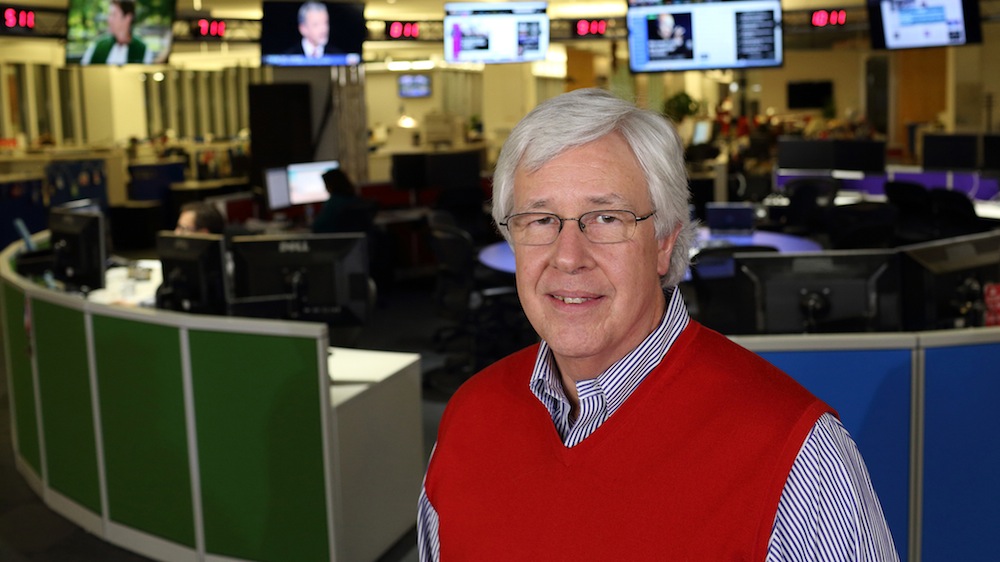 Fred Anklam Jr. (’77), a senior editor at USA Today, has been chosen to receive the 2015 Sam Talbert Silver Em Award from the University of Mississippi’s Meek School of Journalism and New Media.

The award will be presented at a dinner April 8 at the Inn at Ole Miss, starting at 6 p.m. Tickets are $25 and are available by contacting Paula Hurdle at 662-915-7146 or pchurdle@olemiss.edu.

Though born in Kentucky where his father was an Army officer, Anklam spent his formative years in Vicksburg, where he graduated from St. Aloysius High School in 1972. After a year at the U.S. Military Academy at West Point, he completed his college degree in journalism, with minors in anthropology and English, at UM. He was a staffer of The Daily Mississippian student newspaper and a member of Sigma Delta Chi, and the Society of Professional Journalists.

For six years after graduation, Anklam was a reporter for The Jackson (Miss.) Clarion-Ledger where, as part of a team in 1982, he worked on a six-month investigation of Mississippi schools and a related special legislative session that led to a Pulitzer Prize.

“Of all the students we’ve had in journalism, he’s one I am so impressed with because of how humble he is. He didn’t let success go to his head,” said Will Norton Jr., dean of the Meek School of Journalism and New Media. “He uses his reporting ability for the betterment of his community.”

Anklam has many additional awards, including a 1981 first place from the Education Writers Association for investigative reporting on unsafe schools. Two more awards came from that group in 1982, followed by a Roy W Howard Public Service Award in 1983.

His career with Gannett News Service and, later, USA Today, began in Washington. In 1986, he was the first USA Today reporter assigned full time to cover the U.S. House. Starting in 1988, Anklam was tapped as an editor for the national newspaper. He has had roles as night national news editor, White House editor, news/international editor, news/chief operations editor and news editor.

Those roles led to his current position, where he supervises USA Today coverage at night and during the early morning hours, oversees production of the domestic editions and local inserted editions as well as the Tropics edition. He serves as backup to the Page 1 editor and directs coverage on all USA Today platforms, digital and print.

Charles Overby was executive editor of The Clarion Ledger when the Pulitzer was won. He was later a top executive for the newspaper’s parent company, Gannett, before being named CEO and chairman of the Freedom Forum.

“Fred has this great ability to be a nice guy, but a tough reporter,” Overby said. “He knows the right question to ask.”

Anklam’s spouse, Cissy Foote Anklam, is an independent museum consultant and is also an Ole Miss graduate. They have three adult children.

The Meek School of Journalism and New Media was founded in 2009, funded with an endowment gift by Ed and Becky Meek. It offers bachelor’s and master’s degree programs in both journalism and integrated marketing communications on the Oxford campus and in coordination with satellite campuses. Because of the increasing variety of media careers, enrollment continues to rise in the Meek School, which has nearly 1,200 undergraduate journalism and IMC majors.