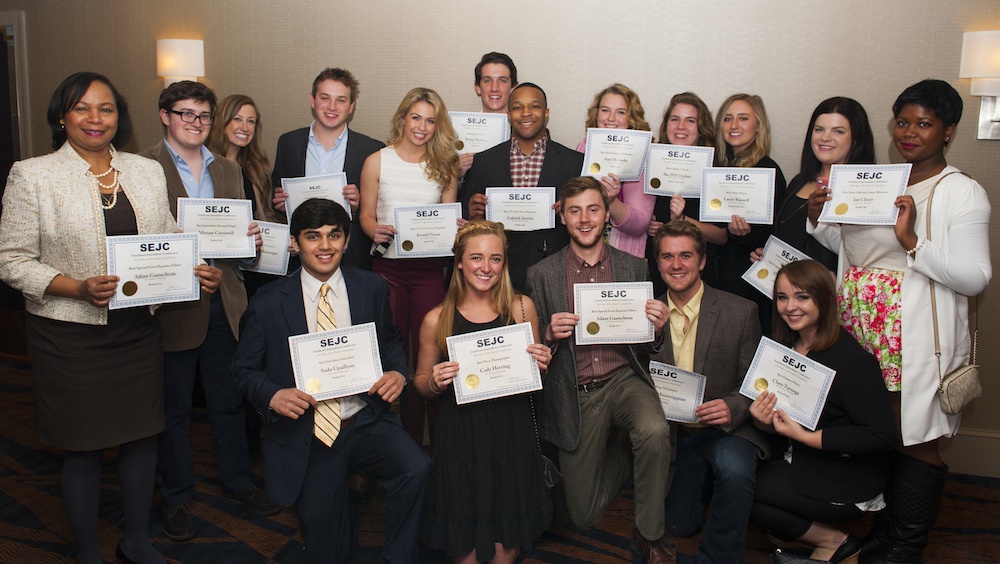 University of Mississippi students won 26 awards in the annual Southeast Journalism Conference, and for the fourth time in five years, they were honored as the first-place Onsite Championship Team.

This year’s conference was hosted by Georgia State University from Feb. 26-28 in Atlanta. Two separate awards ceremonies were held: Best of the South, which honors student work published or broadcast from November 2013 through November 2014, and onsite competitions where students compete on deadline in 17 different categories.

Other first-place winners were:

Other students who won awards were:

Best of the South had 523 entries from 33 universities. About 200 students from across the southeast competed in the onsite competitions.