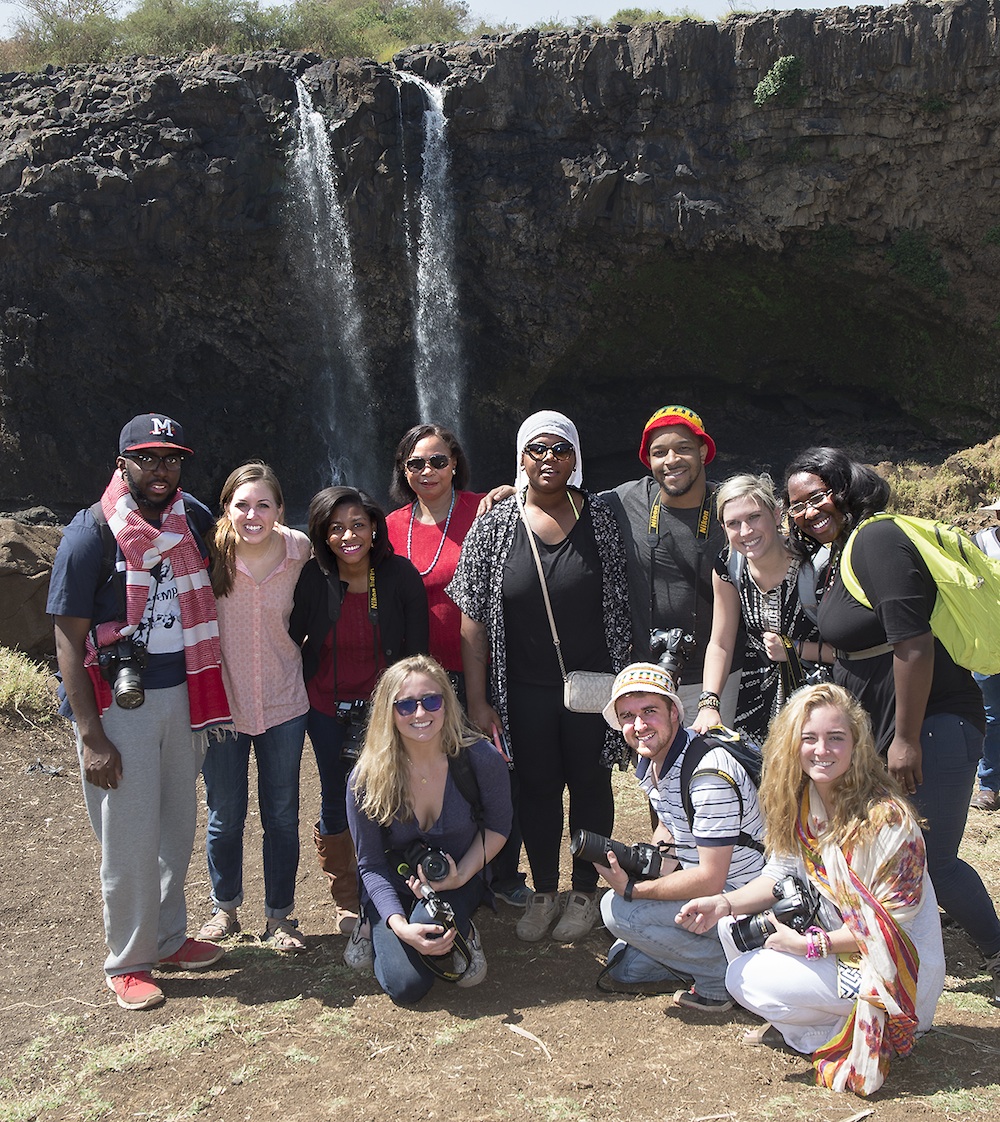 Meek School students and faculty at the Blue Nile Falls in Bahir Dar, Ethiopia, on Saturday, Jan. 17. Ten students were in Ethiopia for a depth reporting project during Winter Intersession. Photo by Mark Gail

“Where are you from?” several Meek School students were asked by tourists from another southern state during a recent depth reporting trip to Ethiopia.

When they answered, the inquirers expressed astonishment, wondering how students from such a poor state would make the trip to Ethiopia.

Mississippi and Ethiopia have been branded negatively, but the people of both states are proud and independent, and Meek School students on the trip found the Ethiopians they met to be people of accomplishment.

Addis Ababa is the capital of the nation. Lalibela is a town in northern Ethiopia where there are 11 churches carved out of rock. Gondar is known for the ruins of the Royal Enclosure, from which the emperors once reigned. The most famous buildings include the castle, palace, a banqueting hall, stables, library and three churches. Near the city is the bath where Epiphany is celebrated. Bahir Dar is on the southern shore of Lake Tana, the source of the Blue Nile. Meek School students traveled to the Blue Nile Falls, about 30 km to the south.

Dr. Beyene has taught Intersession courses at the Meek School on three occasions, and he asked his contacts in each city to coordinate logistics for the reporting teams who arrived on January 12 and returned home about midnight on January 19. Dr. Beyene was assistant dean of the Graduate School of Journalism at A.A.U. before he was awarded his Ph.D. at the University of Nebraska.

He told the students of being captured during Ethiopia’s war with Eritrea and of serving two years of hard labor as a prisoner of war. His insights on Ethiopia provided helpful background for Meek School reporters.

Articles for the depth report and multiple-platform presentation will be completed during the spring semester, and the magazine should be distributed later in the year.

Ethiopians repeatedly praised the students for their understanding and warmth, and the students found the trip had changed their lives. They realized that the students had dealt with the challenges of Mississippi’s stereotype and had accomplished a lot with pride—just like the Ethiopians had.