A LGBTQ+ activist with a 53-year history of justice organizing who was nominated for a Nobel Peace prize  spoke at the Overby Center Thursday, Feb. 13.

Mandy Carter talked about “Advancing Each Other: Building Coalitions Across Communities” during an event sponsored by the University of Mississippi School of Journalism and New Media, the Sarah Isom Center for Women and Gender Studies, and the Center for Inclusion and Cross Cultural Engagement, and Center for the Study of Southern Culture as part of their SouthTalks series.

Mark Dolan, associate professor of journalism for the UM School of Journalism and New Media, said Carter’s message was about how to build coalitions among communities to spark change. 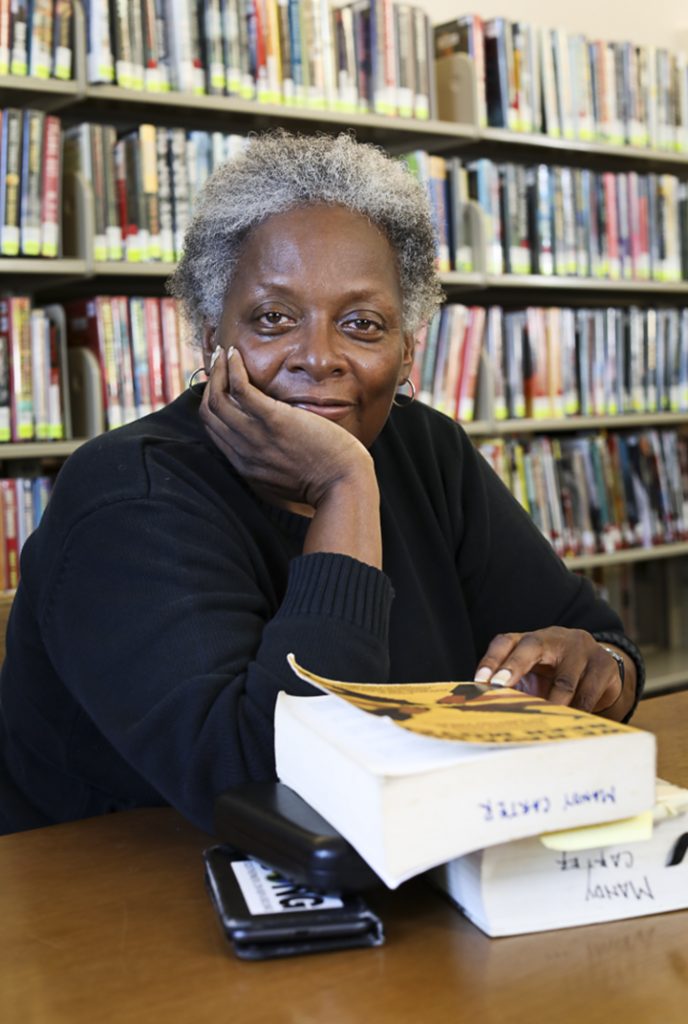 “The goal is to have a dialogue on stage, to reveal for students who are interested in activism a way to go about it on a grassroots level – how to organize, energize, and spark change, Dolan said in an earlier interview. “This is an enormous opportunity for all students to hear the story of an activist legend.”

Mandy Carter is a Southern, Black, human-rights activist and a legend in the LGBTQ+ community. She is co-founder of Southerners On New Ground, or SONG, a human rights organization devoted to uniting LGBTQ people in the South and assisting the poor, rural and working class, immigrants and people of color, to become leaders in shaping the region’s future.

Her talk focused on personal and grassroots activism based on her 53-year movement of activism history, according to a news release and bio provided. She explored how diverse communities might unite around shared goals of peace and justice, a collective process forging strong, collaborative bonds.

Carter was first introduced to activism in 1965 when the Quaker-based American Friends Service Committee visited her high school in upstate New York. Two years later, she hitchhiked across the country to San Francisco and began working with the pacifist-based War Resister’s League. She also participated in the Rev. Dr. Martin Luther King Jr.’s 1968 Poor People’s Campaign.

In San Francisco, she noticed sizable numbers of displaced gay and lesbian youth from the South who had moved to California in search of a more welcoming place. Carter never forgot their voices, wondering how she might work with others, outsiders and insiders alike, to forge stronger ties, a sense of belonging, and thus more transformed communities.

She moved to North Carolina in 1983 and co-founded SONG. Carter has been called “one of the nation’s leading African American lesbian activists,” by the National Organization for Women. In 2002, she worked to enlist the LGBTQ community to improve conditions for striking workers at the Mt. Olive Pickle Company, Inc. in Mt. Olive, North Carolina.

Underscoring the importance of electoral politics in social change movements, Carter was one of the five national co-chairs of Obama LGBT Pride, the national LGBT infrastructure for Barack Obama’s historic 2008 presidential campaign and win. She organized grassroots networks, especially people of color throughout the South.

She has also been the national coordinator of the Bayard Rustin 2013 Commemoration Project of the National Black Justice Coalition.

She worked on many national and regional lesbian and gay pride marches, including the 1987 March on Washington for Lesbians and Gays. She is dedicated to connecting communities through activism and economic justice.

During her talk at the Overby Center, she was joined on stage by two UM students: JoAnndria Brown, a senior biochemistry major, and Kendrick Wallace, a master’s student in higher ed.

She was also joined by two faculty and staff members from the Sarah Isom Center. Sarah Heying is a graduate instructor of gender studies. She is a Ph.D. student in English literature at UM, where she researches lesbian and trans aesthetics in periodicals, comics, and genre fiction.

Hooper Schultz is a second year MA student whose research focuses on the Queer South, and the history of LGBTQ activism in North Carolina.